Making a name for myself (painful realization from Babel) 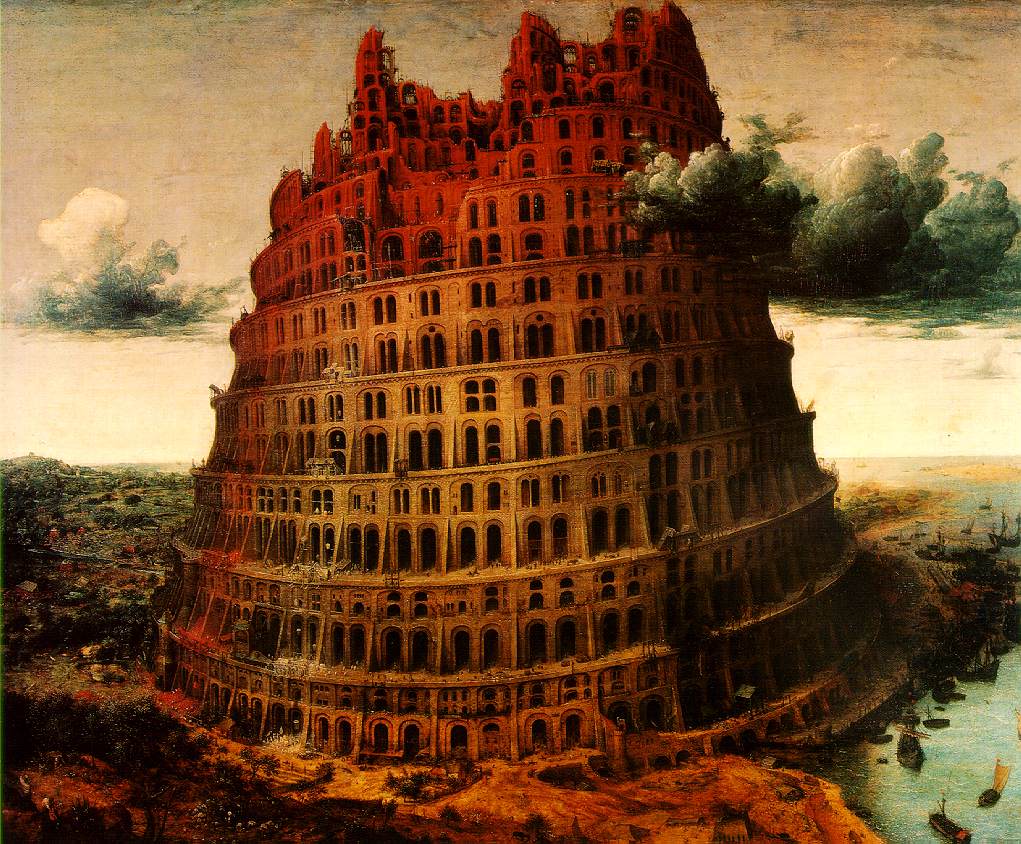 Many of you would know that ten days ago or so I wrote a letter to Mark Driscoll, this is the last I will mention it I promise. What happened was the link was tweeted by Rick Warren, Rachel Held Evans, and Don Miller, and it became a minor internet hit. I got more hits on that thread in two days than the rest of my blog in three years. And it felt good. I had already decided to make a commitment to blogging everyday, so this seemed like it was a great jump start. But... (why does everyone have a big but)...

Since then I have been tracking my stats. I have been advertising my blog on twitter and facebook. I even wrote a post yesterday hoping to stir up some interest by asking Rick Warren why he deleted the link he had earlier posted. The truth is I was, and I guess am, trying to make a name for myself. During silence today I recognized this, and I immediately felt conviction. This was the sin of Babel. Facing their mortality, and their loneliness, they decided to build a city with a giant tower and make a name for themselves

1 Now the whole earth used the same language and the same words. 2 It came about as they journeyed east, that they found a plain in the land of Shinar and settled there. 3 They said to one another, “Come, let us make bricks and burn them thoroughly.” And they used brick for stone, and they used tar for mortar. 4 They said, “Come, let us build for ourselves a city, and a tower whose top will reach into heaven, and let us make for ourselves a name, otherwise we will be scattered abroad over the face of the whole earth.” 5 The LORD came down to see the city and the tower which the sons of men had built. 6 The LORD said, “Behold, they are one people, and they all have the same language. And this is what they began to do, and now nothing which they purpose to do will be impossible for them. 7 Come, let Us go down and there confuse their language, so that they will not understand one another’s speech.” 8 So the LORD scattered them abroad from there over the face of the whole earth; and they stopped building the city. 9 Therefore its name was called Babel, because there the LORD confused the language of the whole earth; and from there the LORD scattered them abroad over the face of the whole earth

The problem is that up until this time you were named by God. You were who God named you, you didn't make a name for yourself. This city was a direct attempt to answer the problems that only God can answer. To confront death, loneliness, separation and the eternal questions, by making a city, centralizing power, creating monuments. Big shining beacons so all the internet could see...

I have been sinning, please forgive me. I believe I have a prophetic message to the church at large, and am living that out with my community in Long Beach. But I will let God give me my name, and a place to speak, I will no longer try and make it for myself. Thanks for your forgiveness.

I think everyone who has a public platform of any description, if they are honest with themselves, go through this at some point, so don't feel alone. Am sure God has a big smile on his dial and loving that his kid is so quick to hear, respond and move on.

Have a great evening.
Cheers.

At times Jesus spoke to so many people they trod upon one another... he was the flavour of the month. In those moments he was called to have a "big platform". My spiritual director always prompts me to ask: "Is this the invitation of God... or not?" No matter what ministry God calls you to do, if you are an imperfect human being sin will be a factor... there are people who are proud of the way they chose to keep things small, and highly critical of those who might be called to a larger ministry (it's inevitable they are driven by their ego, right?) It's not the size of the ministry, it's the nature of the call and the state of the heart that's the issue imo (if that makes any sense).

Appreciate your humble self deprecation. Yet, mate, you're saying something to Mark that needs to be said.

Perhaps I was not clear. I am in no way sorry I wrote the letter to Mark Driscoll, nor am I sorry for what I said. It needed to be said, I am glad I said it, and I have no problem with the notoriety that was generated. What I did feel was untoward, was the way in which I began to be obsessed with my hit count, and the way I called out Rick Warren, which really was just an attempt to create interest.

Speak the truth, the rest is between you and God bro. Love ya, blessings. Chris

John, You may personally struggle with the sin of 'self importance'. It goes both ways. If you remain quiet, your message will not be heard. If you dont toil away in this day and age when everyone has an opinion and a blog and a mini following, you are shortchanging your message. As long as the message is the content, You should disappear. God strikes a happy medium with his will and our human effort. Keep writing and if someone needs a good reminder, check your motives and do it.

john jensen
Rasberry is my favorite Jello flavor. My wife is a blue belt. My daughters make me feel old.I have had fifty kidney stones, but still drink too much coffee. I like art museums, red wine, dancing and quiche. I can bench press 275 lbs, except when I am on the OG then I bench press twice as much. CROWNTOWNPUNKS I like Thai food better than Thai boxing. I don't love the smell of Napalm in the morning. I think Chuck Palahniuk is a poor mans David Foster Wallace. Bukowski makes me want to be a writer. Rothko makes me want to be a painter. Jesus makes me want to be a better man. I really like peanut butter on a hot English Muffin. Soccer is stupid. Cricket is better than baseball. Wrestling is the toughest olympic sport, but sometimes it looks pretty gay, not that there is anything wrong with that. Beating up pacifists is like shooting fish in a barrel. The Tick was a great cartoon. my brother Keith is funny. I am scared of horses.