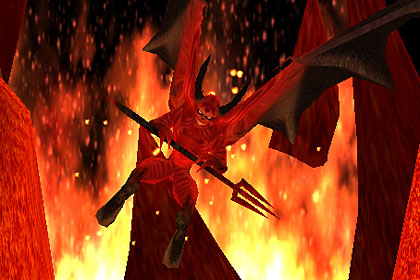 One thing that seems to get overlooked in this whole hell uproar, is who are the people that are actually said to be going there? Now I will be candid, I do not believe in the traditional dantesque version of hell. And I am not talking about just style either. I used to, but no longer do. That is not to say that I might not change my views again. And the views I hold now I hold loosely. But I go beyond Rob Bell's book Love Wins, with its what ifs and maybes, and come right out and say it... I believe everyone will eventually come to salvation in Christ, and that Hell though real, is redemptive in purpose, not punitive. Now, Pastor Mark Driscoll, and everyone else on the other side of the issue, can smash me for that, but its just honestly where I have come to, from a careful review of the scriptures, and more importantly a careful review of Jesus and His ministry.

But back to my point... whether hell is finite, infinite, eternal, punitive, or redemptive, who is going to hell? And to this, I love my friend Ash Barker's (founder of UNOH), answer when getting questioned by the evangelical police. The question, "do you believe in hell?"

"Well of course I do, the bible talks about hell a lot... that's where the rich people go"

I always laugh when I think about that. Not about rich people going to hell, but about Ash having the guts to say such and in your face thing, and the reactions he must have gotten. The truth is, the extreme abundance of mentions of hell, by Jesus, are used as a destination for the rich, and religious leaders. You don't see Jesus telling the poor, the outcasts, the sinners that they are going to hell, you see Jesus saying, hey... come along with me and lets see the kingdom come. Now in fairness, he says the same to the rich and powerful, but he knows they won't come, they have too much to loose.

You see heaven starts here on earth, and like the saying, "you can't take it with you" you can't enter into that kingdom of heaven while still holding on to your power, and privilege. Lets put it in modern words, Jesus doesn't say, its the prostitutes, the felons, the gay community or the mentally ill that they are missing out, no he makes His home with them. It is the wealthy, the corporate bankers, the mega church celebrities, the religious leaders and finger pointers that will go to hell.

So Jesus, once again turns the world on its head... He is not inciting class warfare, far from it. He invites all of us to live in the love that cares for our neighbor as ourselves. Why? Why is Jesus so intent on turning things upside down?

Because this world, and its systems are controlled by Satan. The domination system, that seeks to enslave everyone, including those at the top. We must break free of this system. When it topples, then we can see the kingdom come. And Jesus will topple it, even if it takes going through hell to make it happen.

I rather like CS Lewis's vision (The Great Divorce) - that heaven, as it were, is MORE real... and that hell is our hanging on to (in Eastern terms) our egos. Hell is, then, of our own making, and we have a choice to die to the fullness of that reality, or hold on to the ashes and dust of this life.

(And yes, this is one Unitarian Universalist's take on it.)

I'm confused about 1 Cor. 6:9,10. Though it doesn't say they will go to hell, it does say the drunks, gays, and fornicators (not the rich and religious) will not inherit the Kingdom of God. Your take Rev?

Well, I was concentrating on what Jesus said and did. That doesn't mean that what Paul says isn't important and scripture, but I start with Jesus.

Secondly, I believe that Paul is talking about the work of discipleship. In other words, as we grow, we learn to not do these things. In other places in scripture, it says that those that are gossips, and liars, and prideful ect. Well that puts me in some shit doesn't it? You too?

So what is the point? The point to me is to look at who we are, and who we are meant to be. Jesus Christ as the center of our faith, condemns the rich and powerful, yet shows grace to the "sinners". We should do the same. We should also set ourselves to imitate Christ in the proper way in which we have relationships within the community. Not banging everyone, not stealing from one another and defrauding one another, nor using the mentoring relationship as a way to rape younger men.

Wow, what a bunch of drivel...

Powerful insight there I renounce my beliefs

I always see the rich as those who have yet to be humbled before Christ. They do not know their own sin. Those are the people that will experience God as hell. In other words, those that think they are righteous. If one thinks he is righteous then he does not know Christ.

Christ came to save sinners. A sinner is someone who is aware of their own sin and acknowledges it and because of this wants to please and glorify Christ, who is their redeemer.

Well said, John. I've come to many of the same conclusions through a rather long won't-bore-you-with-it theological journey. Discovered Christus Victor atonement theory as more believably Christ-like than penal substitution atonement theory. (Thank you, George MacDonald!)Lewis also depicts Christus Victor in Lion, Witch and the Wardrobe, locating the violence with the evil witch, not with an angry, punitive God. Also, I, too, find Jesus to be the one on whom to base my theology, rather than Paul. Douglas Campbell did an extensive, thorough job in "The Deliverence of God" unmasking the legal gymnstics of Romanroad/Pauline-based justification theory. Stringfellow takes the Biblical references to "powers and principalities" and locates them in the centralized power sources of wealth, politics and church.
While I've gone much more universal in my soteriological understanding (traditional hell teaching was a heavy, heavy load I carried in my youth, fearing for friends and family), I hope that those I love one day come to first see and then hate their own hurtfulness. As it is, they "believe" all the "right" things so they don't think how they actually treat people is going to matter - ever. Neither did the Rich Man think that how he treated Lazarus would matter either.

Of course, the really scary thing is that most of us sitting in church pews on Sunday in America are among the rich.

Drgaryt, that's what I heard pushed all through my years of churchianity. But the person in the pew next to you may never have known any or all of your advantages. It's not good to assume upon another person's biography if moral luck dropped you into a secure life.

So, you're a superstitious universalist.

Anyway, I'd like to underline this milestone on your path towards atheism.

David, is your comment directed at me? If so, you sound suspiciously just like the David over at Experimental Theology.

David was talking to me he loves me, just has a strange way of showing it

Ah, I see. I guess the Davidian Reformed Belief Police are everywhere ...

Oh no david and I go way back he is an atheist. I think he believes I am a buffet Christian. We have had lunch together he is actually a warm and genuine fellow who enjoys being snarky on the Internet

My apologies, David, for mistaking you for someone else.

john jensen
Rasberry is my favorite Jello flavor. My wife is a blue belt. My daughters make me feel old.I have had fifty kidney stones, but still drink too much coffee. I like art museums, red wine, dancing and quiche. I can bench press 275 lbs, except when I am on the OG then I bench press twice as much. CROWNTOWNPUNKS I like Thai food better than Thai boxing. I don't love the smell of Napalm in the morning. I think Chuck Palahniuk is a poor mans David Foster Wallace. Bukowski makes me want to be a writer. Rothko makes me want to be a painter. Jesus makes me want to be a better man. I really like peanut butter on a hot English Muffin. Soccer is stupid. Cricket is better than baseball. Wrestling is the toughest olympic sport, but sometimes it looks pretty gay, not that there is anything wrong with that. Beating up pacifists is like shooting fish in a barrel. The Tick was a great cartoon. my brother Keith is funny. I am scared of horses.